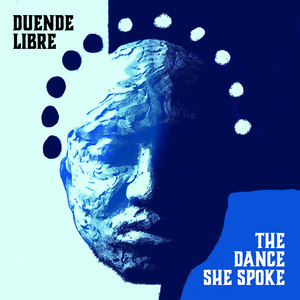 Keyboard player Alex Chadsey was fluent in jazz and classical forms. He’d walked the usual, rigorous path of a conservatory-style music education. Then he wound up in Seattle, University of Michigan music degree in hand, not sure of what to do. The answer: Play in salsa bands, perfect his montuno, ...

and learn how music creates community.

Chadsey’s creative output changed dramatically, coming together in 2016 as a trio project Duende Libre. The following year the group released their debut album, which distills years of performing, apprenticing with master musicians, and crafting originals that explore Latin elements in new contexts. The results are savvy and grooving, reflecting the Seattle scenes Chadsey inhabits and loves, where Uzbek bassists and Jamaican poets and border-crossing fandangos power musical visions.

Frank Anderson’s warm tenor voice and original renditions of jazz, R&B, blues and gospel songs from the 30s to the early-70s offer an eclectic range of soul-satisfying music. A Seattle native, Frank has been performing as a dancer, percussionist and R&B vocalist since 1986. Now in his sixth decade of life he is dancing a little less and singing more. You can catch Frank Anderson with many of Seattle’s top musicians at local clubs such as Capitol Cider, Egan’s and North City Bistro, where audiences adore his soulful delivery and engaging stage presence.

Chava Mirel is a singer, composer & multi-instrumentalist who combines rich, luxurious vocals with deep pocket rhythms to bring a new sound to Seattle music and in particular to the Jewish music community where she plays a leading role. With themes of gratitude, self-acceptance, balance and responsibility for each other, Chava’s songs bring comfort and uplift the spirit.

Duende Libre's third album, The Dance She Spoke, will available across platforms on July 17th, 2020.

There’s a moment of ecstasy that happens on the dance floor, when the music and the beat and the movement of bodies become one. That moment caused Alex Chadsey, trained in classical and jazz piano, to fall in love with salsa music years ago. Chadsey finally found words for that feeling when he began studying and playing West African rhythms. As Ghanaian dancer A.M. Opoku explained, when dance and music are closely connected one “can see the music and hear the dance.”

Boundary-crossing jazz ensemble Duende Libre’s third album, The Dance She Spoke (release date: July 17th, 2020), invites listeners to feel those connections deeply: between music and movement, and between the musical traditions of the Americas and West Africa. “This album is an expression of the many forms of connection that inspire Duende Libre, from intergenerational to cross-cultural,” bandleader Chadsey explains. "In a time of intense social, political, and medical turmoil, we wanted to celebrate the things that are actually working in the world. For us, that includes the human connections and conversations we have with each other.”

The Dance She Spoke is the kind of cross-cultural conversation that could only happen in a wildly eclectic and inclusive musical scene like Seattle’s. Duende Libre has thrived in that diverse community, earning a reputation for bringing Latin, Afro-Caribbean, jazz, and many other traditions into life-affirming dialogue. On this new album, Duende Libre founding members Chadsey, drummer Jeff “Bongo” Busch, and bassist Farko Dosumov welcome Frank Anderson (vocals and percussion) and Chava Mirel (vocals) to the conversation. The band members share a long history thanks to the intertwining branches of Seattle’s vibrant musical community. Anderson and Mirel first joined the band onstage at the release show for Duende Libre's last album Drift. Everyone felt the energy crackle and the group never looked back. But the connections go back even further. One of Chadsey's first introductions to music from West Africa was in the form of a cassette tape he wore out as a child by Village Drum & Masquerade, a Seattle drum ensemble which Frank Anderson joined in the 80s. No one could have predicted that the two would wind up recording an album together decades later.

The passions these musicians share give tracks like “Fefo (Hamana)” a rich texture and an intoxicating energy. It’s one of six tracks based on rhythms that Anderson learned in the borderlands of Guinea and Mali, where he studied djembe with Famoudou Konate and dance with Nakani Kouyate, among many other influential teachers. It was Kouyate who insisted that Anderson make singing part of his practice. “In Maninka-speaking areas, every dance opens with a ‘call to dance,’ what we in the West would call a song,” Anderson explains. “Those songs, dances, and rhythms are all connected, you can’t have one without the other.”

Over a sizzling groove laid down by the band, Anderson and Mirel trade calls and responses with palpable joy in the exchange. The easy rapport between Anderson’s agile tenor and Mirel’s mellow alto is a testament not only to their talents but also to the years Mirel spent in Anderson’s West African dance classes moving to these same rhythms. Now that the group is unable to play together or shoot music videos under quarantine, they’re working with an editor in Los Angeles to use digital media to capture some of the joy and sense of communion they experience while performing live together.

The conversation takes an unexpected twist on “Echoes (Wassoulou),” an instrumental track written by Chadsey and set to a traditional rhythm from the Wassoulou region in eastern Guinea and western Mali. Chadsey first conceived the tune while experimenting with new approaches to the traditional twelve-bar blues progression. Chadsey recalls, "Around the same time I was working on 'Echoes’ we were jamming on a rhythm called soboninkun that Frank had taught us. When we tried combining the two, we discovered that the spaciousness of the harmony allowed the rhythm to speak in surprising new ways." Guest artist Thione Diop adds an urgent rhythmic counterpoint on the tama (Senegalese talking drum). The resulting interplay evokes a beautiful conversation between friends where each voice contributes to a dynamic whole.

The joy of playing and moving together is an electric current rippling through The Dance She Spoke. That shared energy is the unifying force which connects tracks rooted in West African rhythm and song, such as the powerhouse foot-stomper “N’gri (Wassoulou),” and others that bring American sounds to the fore, like the spitfire political commentary of “You Gotta Go” (featuring the deeply funky sounds of guest guitarist Jabrille “Jimmy James” Williams of the Delvon Lamarr Organ Trio).

“When I play with Frank and Thione, I can feel how the West African musical traditions which they have mastered continue to shape and influence the music I have played and studied over the years,” Chadsey muses. The Dance She Spoke is a celebration of connections between people playing and dancing together, connections that ripple out in concentric circles to the group’s eclectic musical community, to their diverse city shaped by generations of immigrants, to a transatlantic history marked by tragedy and beauty. Duende Libre invites listeners, wherever they may be, to move together and rejoice in the ecstasy of "seeing the music and hearing the dance.”